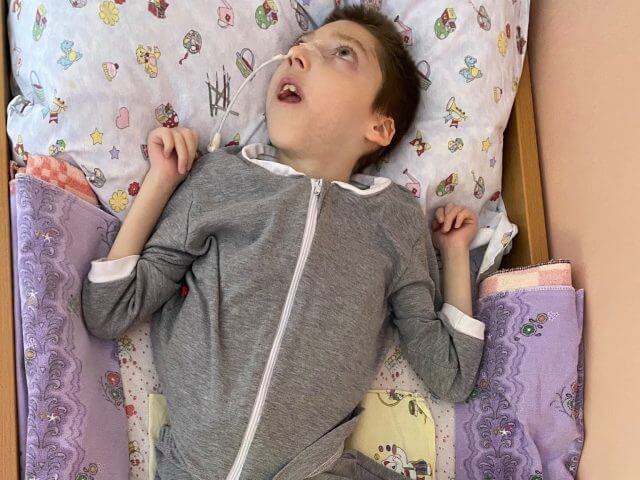 This darling little guy has never been able to see anything except the view from his tiny little bed in the orphanage. He's getting skinnier. He's getting older. Change is coming for him. Soon, he will see new things because he'll have to leave this orphanage. He'll either see his new mom and dad, smiling at him, holding him lovingly, coming to take him to his new life. In this case he'll be able to do so much more and be so safe and happy. He'll be able to see the world and the life he deserves.

If this doesn't happen, he'll see someone else come for him. This will be someone who doesn't care for him, who signs a transfer paper and places him in a car to be driven to an institution. When he gets there he'll be put in a bed where he will spend the rest of his life. He'll briefly see a person who comes to quickly force inadequate food into him, but he'll never see beyond his bed. He won't even see other children there, just bleak walls and darkness.

He'll have to leave his orphanage soon. That's how it works in his country. Where he ends up depends entirely on someone moving forward to adopt him...or not.

Other Grants for Xion